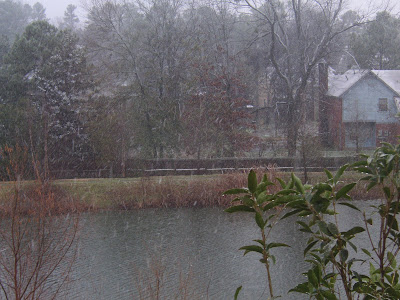 This morning I awoke to a light shower of snow outside my window. It was really beautiful, although I am under the impression that this is a rare occurrence. It didn't stick around for long. The sun came out in the afternoon and melted the few flakes away. It was nice to wake up to a winter landscape in any case.
Posted by Halcyon at 1/19/2008 11:21:00 PM 3 comments: 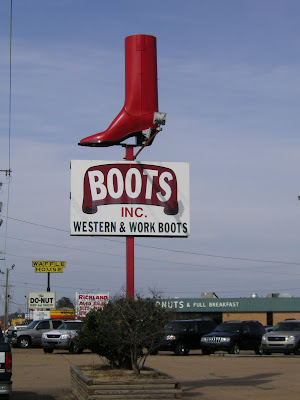 Although Mississippi is not traditionally a state of cowboys, some people around here apparently like western wear. I pass this shop every day when I go out to lunch. I must admit something about the sign draws me to it. Maybe someday I'll go in for a look around. I bet I'm not the only one interested in what might await me in a big red boot with a spur boutique. That's a pretty clever marketing tool!
Posted by Halcyon at 1/17/2008 07:55:00 PM 2 comments: 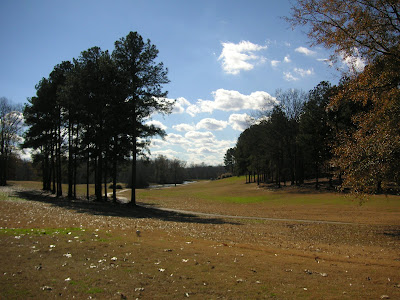 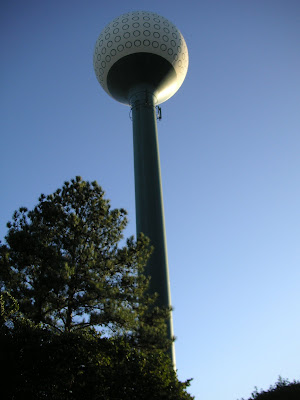 Now that I have been informed on the real use of water towers, I find them a rather ingenious and energy-saving way to optimize water pressure in a community.

This picture was snapped at the Jackson Country Club. Something about the ultra-kitsch golf ball design attracted me. Look for more water towers to come!
Posted by Halcyon at 1/15/2008 07:24:00 AM 5 comments: 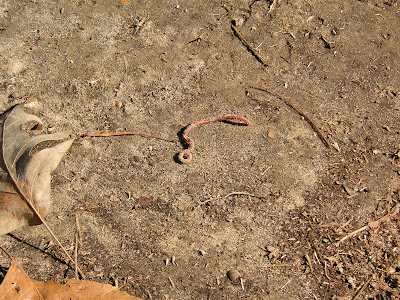 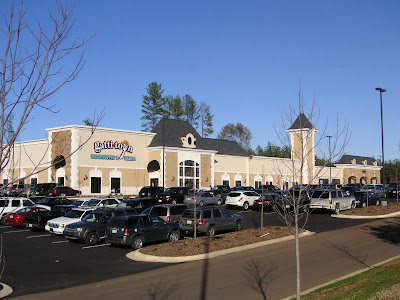 There are many new strip shopping centers opening up in the Madison/Ridgeland area. This one had been under construction for awhile, so I was surprised to see the parking lot bursting with cars this weekend (this photo does not show the full extent).

Apparently Gatti Town is a big draw for locals. I had no idea what type of restaurant it actually was. But after some investigation, it appears to be what I would call a Show-Biz-esque type of place (known to later generations as Chuckee Cheese). Although I did not venture far enough to see if they had those singing robotic animals which I fondly recall from many a childhood birthday party.
Posted by Halcyon at 1/13/2008 07:24:00 PM 6 comments: