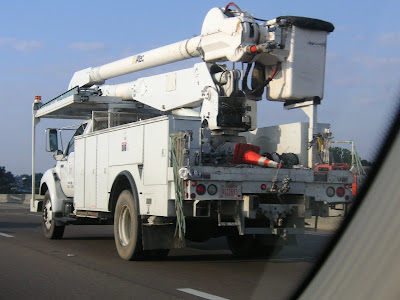 I caught three bucket trucks heading down south on I-55 (perhaps to the Mississippi coast, perhaps to NO) yesterday. Right after Gustav, I saw caravans of them almost every morning. I guess with the damage from Ike, they're back in force. 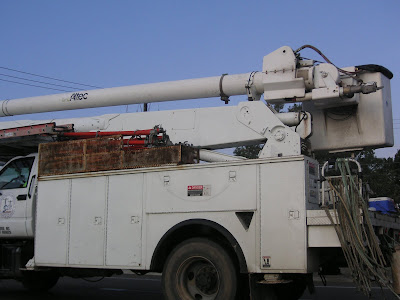 The man in the first truck waved at me as we passed. I think he liked being photographed - or he thought I was a weirdo! 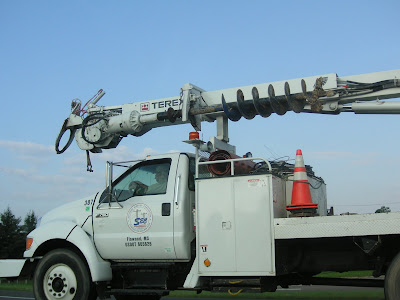 Thanks go out to all the bucket truck operators who spend time away from friends and family to get the electric lines back up and running.
Posted by Halcyon at 9/19/2008 10:06:00 AM 6 comments: 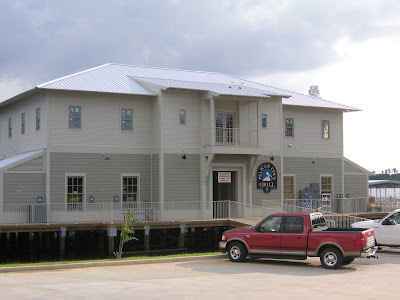 This is a new establishment on the Rez. I drove by it when I took my photo of the rainbow last week. It looks like an interesting place and they have a lovely terrace right on the lake. I should probably give it a try before the weather starts getting cold.
Posted by Halcyon at 9/18/2008 05:18:00 AM 4 comments: 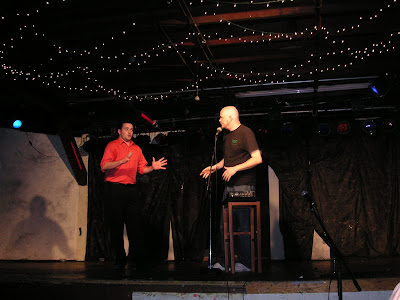 This past weekend, I went with my husband and some friends to the Southeastern Comedy Festival. Comedy troupes from across the southeast (Louisiana, Mississippi, Georgia, Florida...) descended upon Jackson for this year's festival. It was held at Hal and Mal's - a popular downtown eatery.

This was the first time the festival was hosted by Jackson. There was a mix of improv, sketches, stand-up and all kinds of audience participation games. It was quite fun, although the whole thing lasted around 4.5 hours. I would suggest they break the festival up into two nights. There's only so much laughing you can do!

This particular group was from Ole Miss in Oxford, MS. They did a sketch on how to pick up women in bars. I'm sure the subject is much-covered by comedians, but their take on it was quite funny. We all had some good laughs and I may just go check out some of the local acts the next time they're performing too!
Posted by Halcyon at 9/17/2008 06:49:00 AM 4 comments: 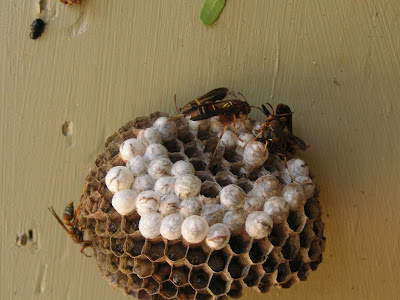 Last week, my husband went outside to change a lightbulb in front of our garage. He came back inside complaining that some animal had bitten him. I took a look at the injury and asked if he had seen something flying around. He said no. I wasn't sure what it could have been. I looked around the area in front of the garage - nothing.

A few days later, he went out to mow the lawn. The "animal" got him again and then a third time. This time he described the sting as if someone rammed a dull needle into his arm. Ah ha! Now I knew we were talking about some kind of wasp or hornet. This time when I went outside I saw a whole swarm of them buzzing around our Japanese box hedge. I told my husband he'd better make a run for the Wal-Mart for some spray.

We sprayed out the offending bush and found not one, but two nests. The next day we still saw wasps swarming around in the area and we found this nest on the back of our shutter. The picture was taken post-spray. I find it interesting that the spray seems to preserve them in whatever position they were in pre-spray. I'm glad they're gone though and let's hope they don't come back!
Posted by Halcyon at 9/16/2008 06:52:00 AM 10 comments: 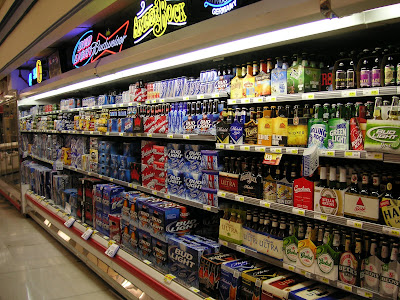 McDade's really has quite a beer selection. Usually all you find in a normal grocery store are the usual American brands like Bud, Coors and Miller. It's nice to find a place with international flare. Although I still haven't seen any Belgian beers (besides Hoegaarden) in stores or bars. My favorites are Affligem, Leffe and Grimbergen.
Posted by Halcyon at 9/15/2008 05:46:00 AM 5 comments: 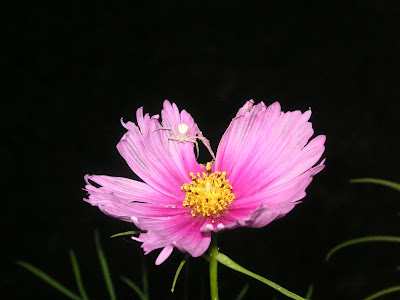 I had a visitor to my cosmos the other day. I don't know if he's harmful, but he was rather shy about having his photo taken. He kept crawling around from one side to the other. This was actually the first shot I took - the automatic flash was on.