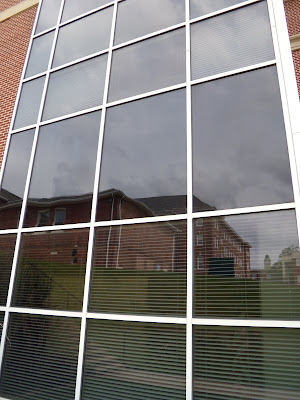 A different reflection from the same building as last week. I believe what you're seeing here is the back side of Jennings Hall.

Hope you are having a great weekend! Click on the reflections link to see more reflections from around the world.
Posted by Halcyon at 4/17/2010 12:38:00 AM 4 comments:

Email ThisBlogThis!Share to TwitterShare to FacebookShare to Pinterest
Labels: Reflections 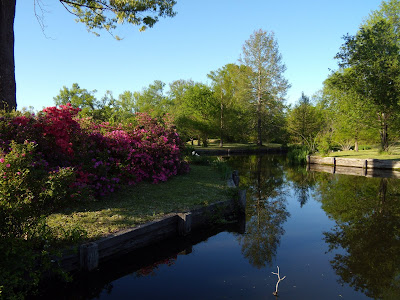 This picture was taken last Friday on the golf course. This is one of my favorite holes. It's a nice little par 3 over the water. And it looks fantastic when all the flowers are in bloom.

Happy Friday everyone! To see other skies from around the world, click on the skywatch link. I'll be out of town this weekend in Biloxi. Enjoy Jackson DP on autopilot.
Posted by Halcyon at 4/16/2010 12:00:00 AM 13 comments: 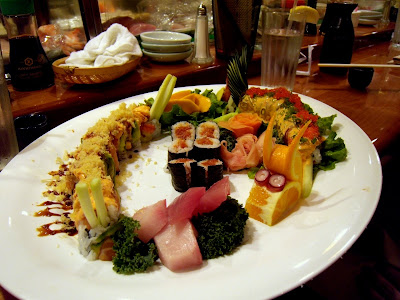 My husband took me out to Sakura Bana last Friday after work. We enjoyed several sushi rolls, including this beautiful dragon. I assure you, he tasted as good as he looks!
Posted by Halcyon at 4/15/2010 04:25:00 AM 16 comments:

Email ThisBlogThis!Share to TwitterShare to FacebookShare to Pinterest
Labels: Restaurants 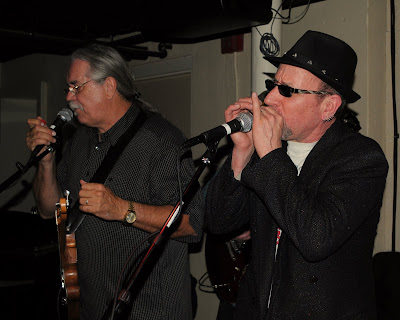 After the theater, my husband and I stopped at Underground 119 for some drinks. We were lucky to catch some live music too! The band was called The Juvenators, but the man pictured here playing the harmonica was just a dude from the audience who asked if he could sit in on a couple of songs. Very cool!

My live action shots may not be up to snuff with Olivier's from Evry yet, but I'm working on it. I don't think this band was used to people taking their picture, especially with my big Nikon. I felt like a paparazzi.
Posted by Halcyon at 4/14/2010 03:27:00 AM 13 comments:

The Watch They Keep 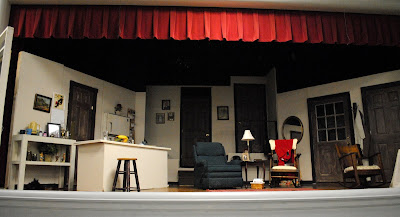 My husband and I enjoyed some more theater this past weekend. We saw the world premiere of a new play written by a local writer. The Watch They Keep centered on a family whose matriarch has descended into the depths of Alzheimer's and the toll it takes on the family. It was well-written with both serious and light-hearted moments. I hope it will be seen outside of Mississippi soon!
Posted by Halcyon at 4/13/2010 01:13:00 AM 11 comments: 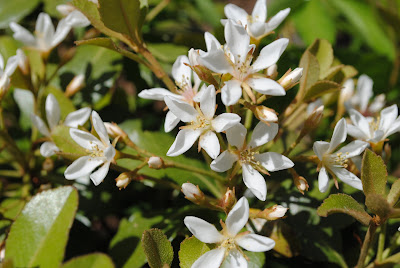 This is the first picture I've posted that was taken with the new Nikon D3000. These hawthornes are in my very own yard. It's the first time I've ever seen them bloom.

PS: I am having some design issues with my blog Here and There. I am testing out some new templates and I'd appreciate any input. To see the test design, click here. And leave a comment on the test post.
Posted by Halcyon at 4/12/2010 07:07:00 AM 8 comments: