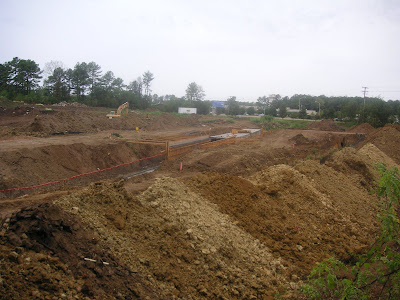 Work on the construction site next door continues. It looks like they've made only slight progress since last week. Maybe I should revise my wager on when the site will be finished.
Posted by Halcyon at 9/15/2007 08:52:00 PM No comments: 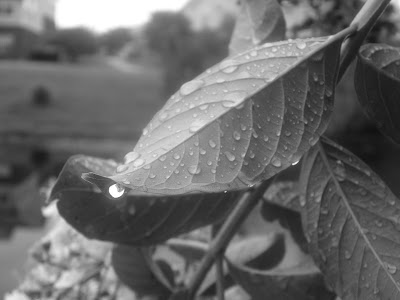 Umberto has been upgraded to a full-fledged hurricane. He hit the Gulf Coast of Texas last night and is continuing to dump water on Mississippi. Luckily, there was a lull and I was able to catch some of the water drops on this leaf.

Let's hope those weather people are right when they say this weekend is supposed to be beautiful - and perfect for playing golf!
Posted by Halcyon at 9/14/2007 12:11:00 PM 1 comment:

Today I am changing things up a little with a video blog. Photos just don't capture rainstorms well, you can't hear that lovely whishing sound or the rumble of the distant thunder.

It's been raining almost non-stop here today and the weather forecasters say it's due to tropical storm Umberto (what a great name for a tropical storm!). Supposedly, he's bringing us more rain tomorrow, but it should all clear up by the weekend (if you believe the weather people, which I don't!). In any case, I've been enjoying the sound and smell of the storm today.
Posted by Halcyon at 9/13/2007 11:19:00 AM No comments: 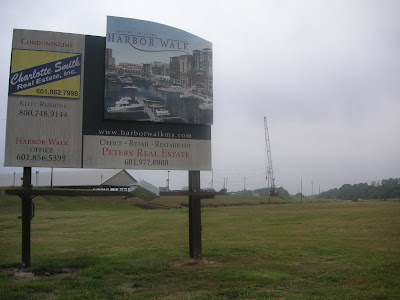 This is another of Jackson's expansion projects, although so far it hasn't worked out too well. As you can see, Spring 2007 has come and gone and there is no Harbor Walk to speak of. The city paid more than $1 million to construct a new access road, and it seems all for naught.

The idea is based on the River Walk in San Antonio, Texas. It's a very popular attraction in that city, but I think it's also because San Antonio is a popular place for people to go. Oklahoma City tried something similar. It took around ten years, but the Bricktown Canal finally came to fruition, complete with fake-y canal, Venice-like bridges (except they're made of red brick) and yellow and green water taxis. I wouldn't say the project has been a rousing success though. And I have a feeling the Harbor Walk is destined for the same fate, if it is ever finished at all.
Posted by Halcyon at 9/12/2007 09:18:00 AM 1 comment: 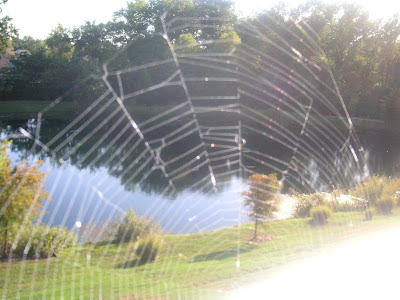 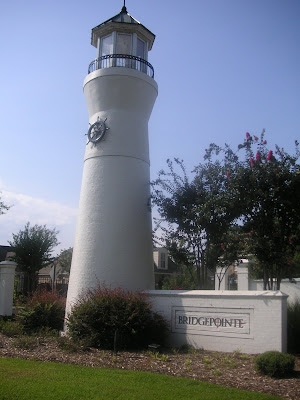 Bridgepoint is a gated community that backs up to the Ross Barnett Reservoir. We pass it on our way to the golf course and I've always wondered what the houses are like inside. This weekend, we decided to sneak in and take a look.

The houses were not as spectacular as I thought they would be. It's an older neighborhood, which I don't mind, but the houses were kind of small and close together. Except the waterfront properties, they were mansion-like but not really my taste. The search continues...
Posted by Halcyon at 9/10/2007 09:17:00 AM No comments: